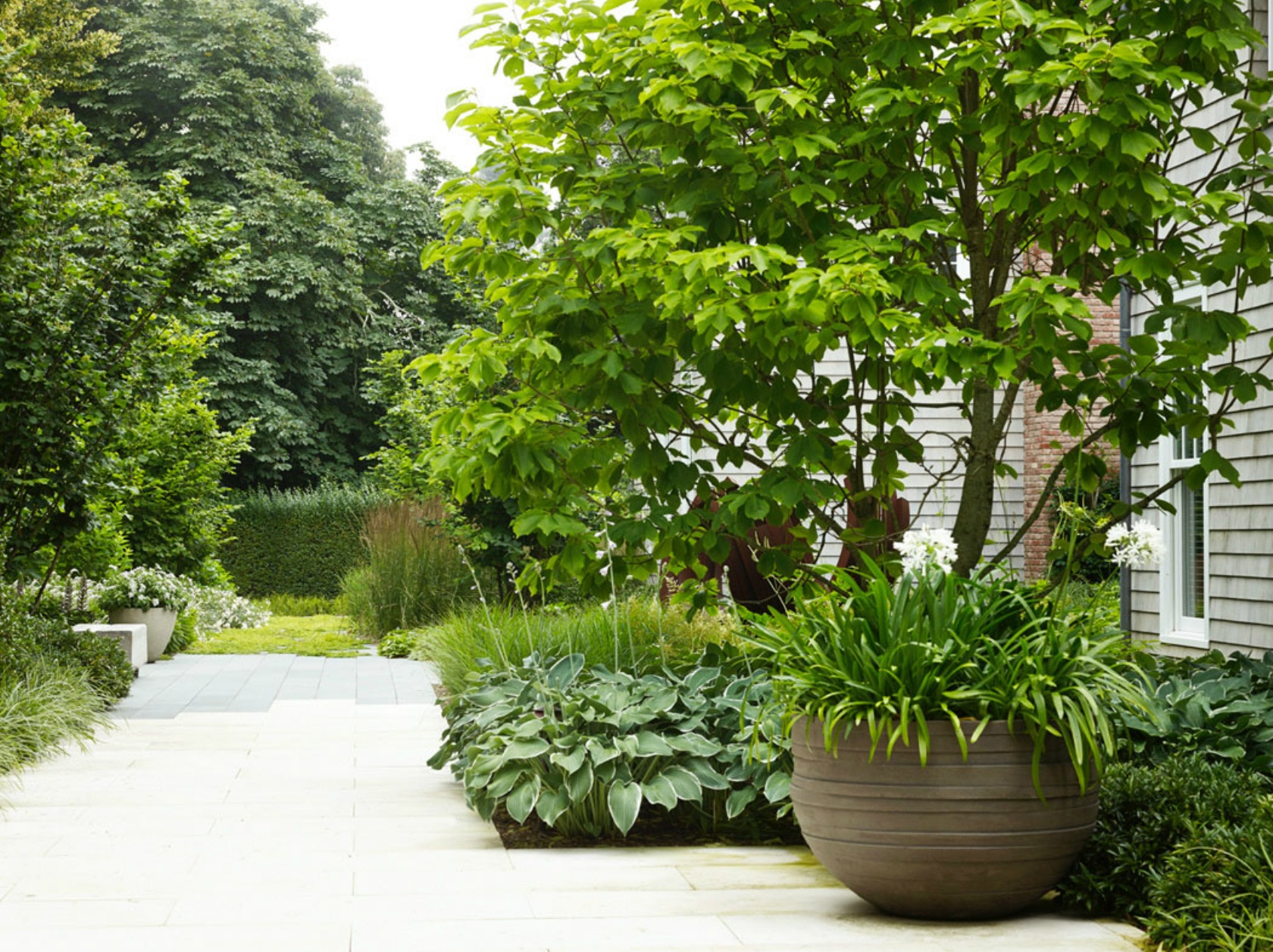 This one-acre coastal getaway is located in Amagansett, New York, on the East End of Long Island. The cedar shake house is situated on the ocean block of the Lanes, a group of quiet streets that lead to the Atlantic Ocean. The front garden is serene and is layered with Astilbe, Actea and Lysmachia, as well as Carex and Ilex among others. The clustered white blooms of the subdued palette guide a guest from the Bernard Venet steel sculpture at the garden’s gate, to the home’s front door. Exiting the home into the rear garden, a guest steps down limestone stairs into a landscape reminiscent of the nearby dunes that features ornamental grasses and a profusion of seasonal color. The rear garden begins with a gravel courtyard which features a trough water feature. The guest is lead from the water feature, towards a swimming pool and cedar arbor which reflects the home’s architecture.